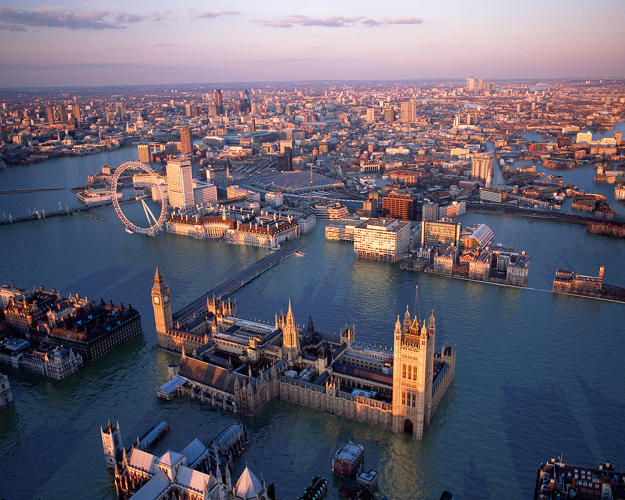 Carolyn Steel: How food shapes our cities: fascinating insight in to how food logistics from pre-industrialised cities continues to leave its stamp and, despite global supply chains, are stamped on the city’s identity. Our challenge is how we re-connect cities to food systems such that cities can be sustainable and integrated with food systems.

At the same time, another inspiring Ted Talk, from Paul Romer: Why the world needs charter cities – cities that espouse the most sustainable aspirations.

It is clear that the housing crisis is having a desperate impact on British people’s lives. It is also clear that the next government will have to face an acute economic and environmental crisis. The current national response to these complex challenges won’t secure the lasting progress we need. Welfare benefit reform is driving a whole new set of housing needs and new patterns of migration, and it’s increasing inequality and social division. Our deregulated planning system with no strategic teeth is at a low ebb and the ideologies of nudge theory and neoliberalism, although practically ineffective, still dominate the zeitgeist.

Just how smart are our cities now and how fast are they becoming smarter? A short discussion led by The Economist suggests there are parallels with the way in which cities took advantage of electrification to change their scale, their topography and their form.

It’s a very worthwhile sub-6 minute discussion that promotes a view that smart cities need to have both ‘top down’ approaches to build the data platforms and a thriving ‘bottom up’ community to exploit those rich data veins that are full of opportunity.

Academics like Ricky Burdett of the London School of Economics (LSE) see integrated systems for collecting, processing and acting on data as offering a “second electrification” to the world’s metropolises. The power cables that penetrated cities in the late 19th century transformed their shape (there are no tall buildings without lifts), their transit systems, their nightlife, their sewerage (cities need a lot of pumps). Ubiquitous data services might have impacts as wide-ranging: they could make cities more liveable, more efficient, more sustainable, perhaps more democratic. In an era of mass urbanisation—the United Nations expects the number of city dwellers to reach 6.3 billion by 2050, as many people as there were on the planet ten years ago—that could matter a lot.

The use of data in cities pits top-down against bottom-up in a similar way. One side stresses the need for citywide planning and control, the other advocates just providing access to data that lets citizens make their own decisions. “The technology giants building smart cities are mostly paying attention to technology, not people…ignoring the creative process of harnessing technology at the grass roots,” writes Anthony Townsend of New York University in his forthcoming book, “Smart Cities: Big data, civic hackers, and the quest for a new Utopia”. But the two sides need not necessarily be opposed.

But, irrespective of how you get there – what ratio is delivered by state-driven, public sector centric and how much is from communities of data miners and entrepreneurs – doesn’t change the outcome we’re looking for.  We all want our cities to become better functioning, more efficient, with integration between related and key systems such as modes of transport or energy, healthcare, education. The Future Cities Catapult video is a decent stab at explaining what it could be.

As the concept, narrative and description around Future Cities and Smart Cities develops, it’s worth noting that there is a BSI Consultation on Smart City Framework live now. The PAS 181, Smart city framework – Guidance for decision-makers in smart cities and communities is a sponsored, fast-track, consensus-building informal standard that is produced by the UK national standards body, BSI Standards Limited. The development of PAS 181 has been sponsored by the Department for Business, Innovation and Skills.

The closing date for consultation is 20 September 2013. 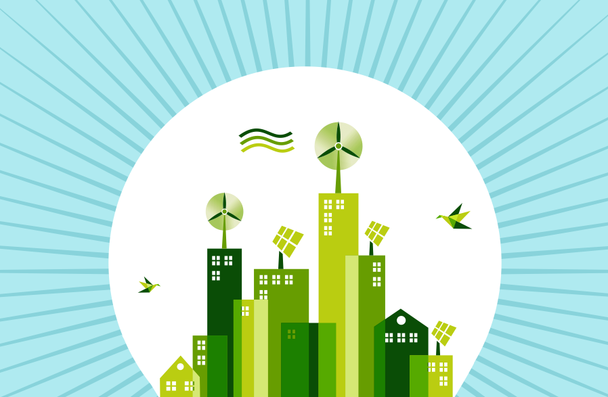 When city leaders embrace innovation and when they collaborate, significant long term benefits can be achieved. Across the globe, forward-looking city leaders are embracing change and reaching beyond city hall to drive sustainable economic growth and enhanced quality of life for their citizens.

In the UK the break-up of old-style regional government and the abandonment of regional development agencies has led to a void in mid-scale governance that is being filled by cities.  Aside from London, the UK doesn’t have too many big cities, perhaps with the exception of Birmingham. But whilst those cities might not be big in numbers, they’re certainly stepping up to the plate in building relationships with central government, demanding devolution in return for delivery.

Over the last two years the 8 Core Cities in England (www.corecities.com) have led the development of ‘City Deals’ and there are many excellent writers on that topic – in particular I would point you towards http://charleslandry.com/ and http://davidmarlow.regen.net/

It is clear that cities have a key role to play. They are being given the opportunity to set out how they could deliver better, faster and more sustainably. These factors are at the heart of city deals.

But those cities are also part of a changing city region geography, based on economic geography as opposed to traditional regions and that is scaling up both the challenge and the opportunity.

Cities are now being tasked with developing Growth Plans – setting out lnger term strategies and priorities for sector growth, employment, skills with a strong private sector role and an invitation for multi-stakeholder buy-in. As an example, see http://www.sheffieldcityregion.org.uk/growth-strategy/

But herein lies the danger. The pace at which growth plans and investment plans are being produced is in danger of focusing on the traditional economic approaches and failing to address emerging agenda.

Collectively, and individually, cities in the UK are beginning to understand the ‘Smart City’ concept. It’s been propogated by initiatives such as the Technology Strategy Board’s ‘Future Cities Programme’ and forward thinking (but entirely commercially focused) protagonists such as IBM. It is crucial that in our growth plans, individually, and collectively, the ‘smart city’ concept is embraced and integrated. It will prove essential if we are to achieve the resource efficiency needed to ensure citizens continue to enjoy a good quality of life. It will prove vital if the cities in the UK seek to attract visitors, investors, ambassadors.

The leaders within our cities are key to ensuring this ambition is spelt out. Without endorsing any one business the film produced by IBM here certainly makes the case for the use of data to inform decisions and improve the quality of life for its citizens.

When city leaders embrace innovation and when they collaborate, significant long term benefits can be achieved. Across the globe, forward-looking city leaders are embracing change and reaching beyond city hall to drive sustainable economic growth and enhanced quality of life for their citizens.