There was a great piece written and published in The Conversation today –  How to ensure governments stick to their Paris climate commitments.

Earlier this year I wrote “… the UN Climate Talks present a challenge to draft and agree a meaningful commitment that supersedes the Kyoto Protocol. Two major hurdles remain as the Paris deadline nears: climate finance, and emissions cuts. Back in 2010, the world agreed on building up a Green Climate Fund to help developing nations to tackle the impacts of climate change. The developed nations promised to provide the fund with US$100 billion by 2020. That hasn’t been forthcoming.” 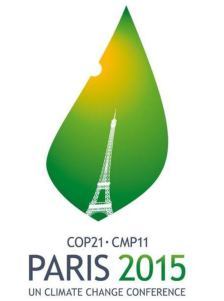 COP21. The United Nations Climate Change Conference takes place in Paris, France during the first week of December. In an open letter they remind us of “the critical role universities and colleges play in finding and implementing solutions towards climate change mitigation and adaptation and places it in the context of addressing wider issues of sustainability, including social and economic policies and practices.”

More than 146 countries covering 87% of global greenhouse gas emissions have now submitted their national pledges to tackle climate change in advance of the major climate summit in Paris. These are known as Intended Nationally-Determined Contributions. Note the language: these aren’t commitments and are only “intended”.

But will countries stick to these pledges? And what happens if they don’t? Read the full piece by Peter Newell of The University of Sussex.

The cynic in me isn’t surprised that this announcement comes less than 60 days before the General Election, but I am not a cynic really. It’s good to see DECC’s continued support for district heating. If there is one thing this Government can be applauded for its understanding of the importance of ‘heat’ and the opportunity for heat networks to reduce carbon emissions and provide cost-effective heat. Well done to Davey and his team in carving out £3 million of funding to boost low carbon heating.

DECC has done some useful enabling work to support the uptake of heat networks. It has established the Heat Network Development Unit (HNDU) to lead this and has produced some useful studies to demonstrate the untapped potential out there – such as the report produced in 2014 on heat opportunities from rivers.

The Government’s own Heat Strategy states that producing heat is the biggest user of energy in the UK and in most cases we burn gas in individual boilers to produce this heat. This is a wasteful method of producing heat and a large emitter of CO2, with heat being responsible for 1/3 of the UK’s greenhouse gas emissions. Household heat demand has risen somewhat over the past 40 years from 400 TWh/y to 450 TWh/y, despite a marked improvement in the energy efficiency of homes and a slight reduction in the severity of winters. The average internal temperature of homes has risen by 6°C since the 1970s, and this combined with growth in housing – the number of households has risen by around 40% since the 1970s – has offset energy efficiency gains in terms of total energy used to heat homes Some studies suggest these temperature increases are due to factors including the move to central heating, rather than householders actively turning up their thermostats.

Heat networks in the UK use a range of heat sources including biomass and gas boilers, combined heat and power (CHP) plants and heat from energy-from-waste plants and, where conditions suit, such as is the case of Southampton, a small amount of geothermal heat. Networks are currently estimated to provide less than 2% of the UK’s heat demand supplying 172,000 domestic buildings (predominantly social housing, tower blocks and public buildings) and a range of commercial and industrial applications (particularly where high temperature heat in the form of steam is required). Despite being of a significant size, Sheffield’s city centre district energy network is estimated to provide 3% of the entire City’s total heat needs.

By comparison, district heating is widespread in many other parts of Europe, in China, Korea, Japan, Russia, and the USA, although the level of sophistication and reliability is very diverse. While having an average market share of 10% in Europe, district heat is particularly widespread in Scandinavia (Denmark nearly 70%, Finland 49%, and Sweden around 50%). It also has a substantial share elsewhere in Europe. For instance, district heat provides around 18% of heat in Austria (and 40% of heat in Vienna). European networks are currently growing at around 2,800 km per year, about 3% of current installed length. With the right planning, economic and market conditions it is clear district energy can play a more prominent role.

Whilst this funding announcement is showing funding going to new players in the district heating community as well as some established ones (Coventry, Leicester, Manchester, for example) there is a need to put money in to those long-established networks in cities that were at the forefront in decades past (Sheffield, Nottingham, Southampton). These ‘4th generation networks’ need to be reviewed, refreshed and developed as much as those ‘greenfield’ sites where district heating is all too new.

All the schemes developed to date have been local authority led. This round of funding allocates £3m across 55 local authorities in England and Wales. I would urge DECC to look at other types of organisation who might exploit heat networks at a medium scale where the conditions are right to do so. Those organisations with a long term stake in the city or town in which they are based are well placed. For example, NHS Trusts, universities and colleges, whilst not as big as an entire city or town often have enough scale in them to warrant district heating networks. Indeed, some of them already do. My own organisation, The University of Nottingham, has two of significance as well as several smaller, interconnected systems on its campuses. Most of them follow the model of high temperature, high pressure systems and don’t allow for storage, cooling or consider CHP.

In the recent round of HEFCE/Salix Revolving Green Fund projects awarded interest free loans there were a good number of CHP schemes and a smaller number of district heating schemes put forward. I believe there would have been more had these organisations had sufficient revenue to develop shovel-ready projects for capital investment. Like the public sector, universities are often capital rich and revenue poor. That means that complex, integrated and multi-faceted feasibility studies can often become un-affordable – even if the capital is available for it to be delivered in time. I would like to see HNDU looking to other large organisations and helping them in the way that they have helped local authorities. If they could do it in partnership with the funding council and with their established partners, Salix Finance, even better.

Regions given helping hand to develop locally sourced heat
Earlier posts on this blog advocate the development of heat networks, so it is encouraging to see the UK Government’s support in developing a better understanding of the potential to capture heat from major rivers across England. 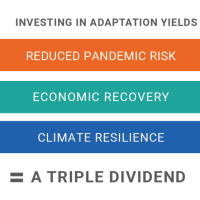